February 12, 2021
In my dream, they decided to reopen sauna and I was at work. I went in there and two people were already sitting in there.

It seemed kind of cold, but I was visiting with the folks. Then I looked around and discovered that the sauna heater was not there. I guess a new one was to be installe? The dream didn't say.

When we discovered there was no heater, we all left, but I was in there, by myself for a moment. Then a woman from the upstair office walked in. I thought she might worry that she was a woman that had accidentally stepped into a men's nude space, but no one had been nude yet. There was no need for worry.
dreams 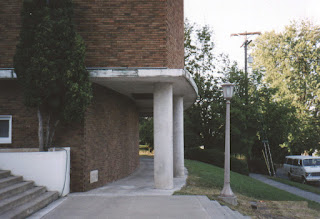 Front of auditorium wing, old Pullman High School. Now at Gladish Community Center. It was spring of 1970 during the Vietnam War. A singing group called "Up With People," was preforming at the auditorium. An inspirational, cheerful group. Students must have thought this was frivolous and uncalled for. "People are dying in a war right now." As the preformers were introduced, the students clapped, but didn't stop there. They stood up and started cheering. They were cheering and cheering. Maybe laughing as well. They wouldn't sit down. This went on a while. Eventually the students did sit down and the performance took place. Next day, there was another assembly. Said to be the last mandatory assembly of the year, but it was a while till end of the year. ? The principal, Mr. Cramer, walked onto the stage and started scolding the students. He said the audience reaction to yesterday's concert was disrespectful. If students are behaving this way, they
Read more

February 25, 2021
I grew up in a fairly sheltered childhood so my route to learning about some things was different. See article I wrote about this in the Bellingham based Betty Pages.
Read more